B. Working principle: The two inner sleeves are respectively connected with the two shafts by a key, and the two outer sleeves are by bolt, and torque and movement are transmitted by engagement of the inner and outer teeth.

C. Characteristics: In order to compensate the relative displacement of the two shafts, the teeth of the outer ring gear are made into drum-shaped teeth, and the tooth top is made into a spherical surface with a center line on the axis, and a large gap is left between the tooth top and the tooth side.

The top clearance and backlash between the meshing teeth provide radial, axial and angular comprehensive displacement compensation between the two shafts; high speed (up to 3500r/min), which can transmit a large torque (up to 106N·m) ), and can compensate for the large comprehensive displacement, the installation accuracy is not high, to be lubricated.

D. Disadvantages: The quality is large, the manufacturing is difficult, and the cost is high. 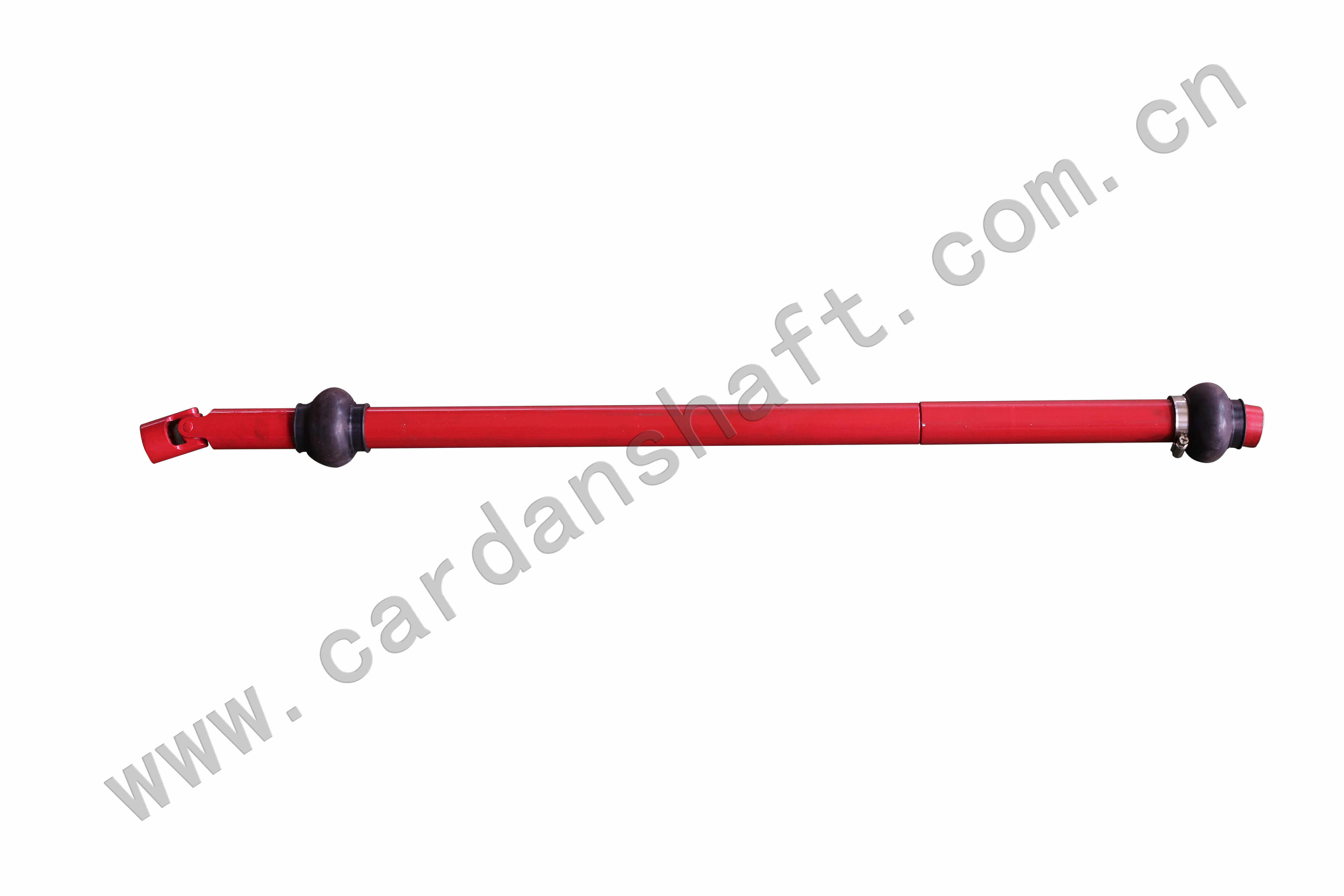 C. Disadvantage: Poor impact resistance, easy to wear between the slider and groove, need to be lubricated; cross slide will generate a large centrifugal inertia force due to the radial displacement, and bring additional load to the shaft and bearing.

D. Applications: It is often used in applications with high rigidity, low speed and low impact.

A. Structure: Consists of a cross shaft, two universal joint forks, and four needle bearings; The center of rotation (axis) of all the rotating pairs is at a point O, and the angle between the two axes is α; It is a device (coupling) for transmitting motion between intersecting two axes of varying angles.

B. Working principle: When the axis I rotates one turn, the axis II will also turn one turn, that is, the average gear ratio of the two axes is 1; However, the instantaneous transmission ratio of the two axes is not constant, it is periodically changed. This characteristic of the universal joint is called the non-uniformity of the instantaneous gear ratio. In the case of a single universal joint, when there is an angle between the input shaft and output shaft, the angular velocities of the two shafts are not equal, that is, the universal joint has a non-equal speed; The larger the angle α between the two axes, the more obvious the fluctuation of the driven shaft speed; Therefore, α should be between 35° and 45°. In order to prevent the angular velocities of the main and driven shafts from being not equal, the disadvantages of the above-mentioned driven shaft shifting transmission are completely eliminated, the universal joints are often used in pairs.

D. Disadvantages: Additional dynamic loads will be generated in the transmission, and the rotational speed should not be too high.

E. Applications: Mainly used for transmissions where two axes intersect. It is used in medium and low speed applications such as heavy load, medium load and light load, for example, machine tools and automobiles.

(1) The three axes of the drive shaft, the driven shaft and the intermediate shaft should be in the same plane.

(2) The angle between the axis of the master shaft, the driven shaft and the intermediate shaft should be equal.

(3) The fork faces at both ends of the intermediate shaft should be in the same plane. 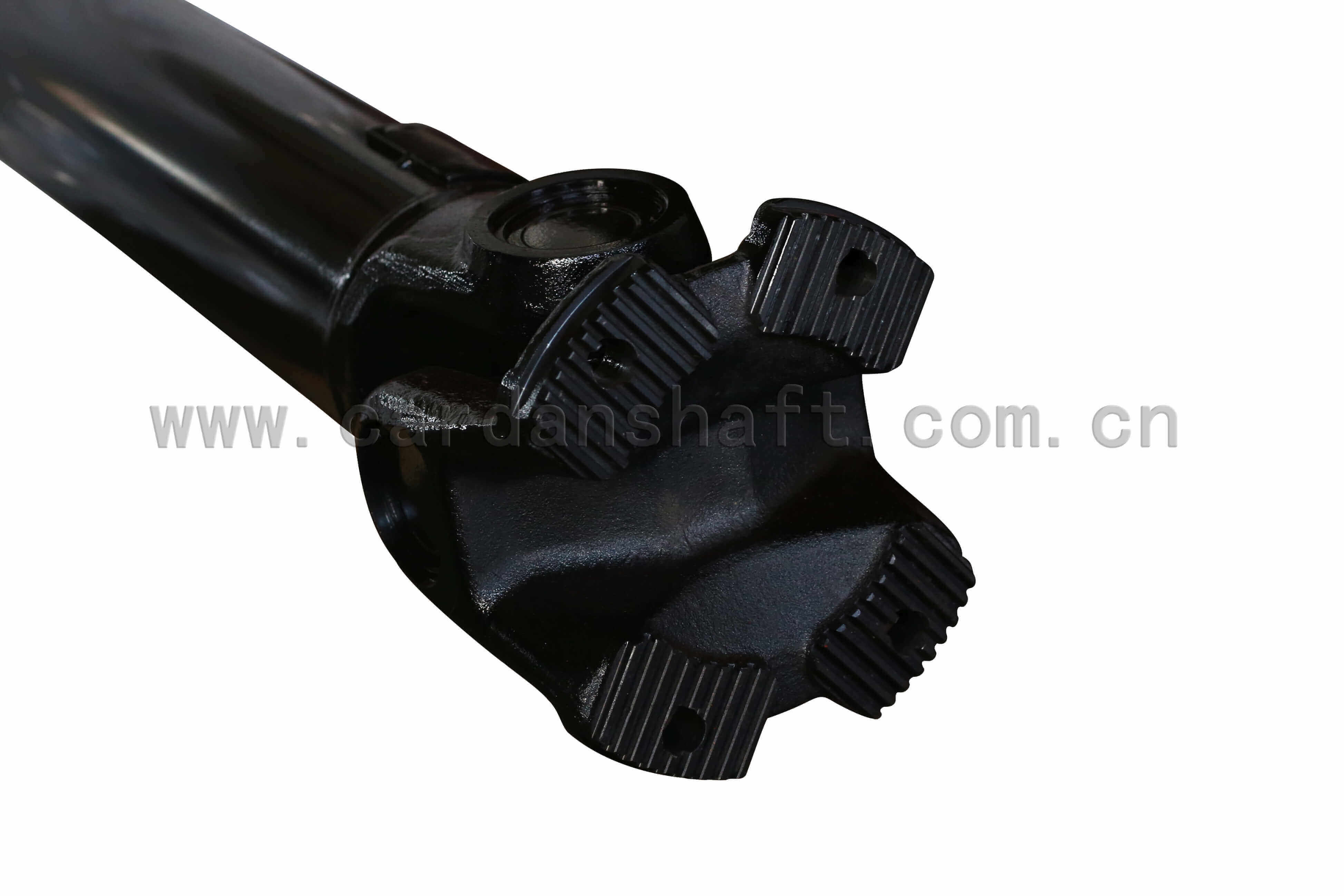 A. Structure: It is similar to the flange coupling in structure, except that the bolt is replaced by a logout with a rubber elastic sleeve.

B. Principle: Using the elastic deformation of the elastic sleeve to compensate the relative displacement of the two shafts.

D. Applications: It is suitable for two-axis connection with stable load, frequent reversal or starting, high speed and medium and small torque.

B. Principle: The elastic deformation of the elastic pin is used to compensate the axial displacement of the two shafts.

We have first-class production line and strict management system.